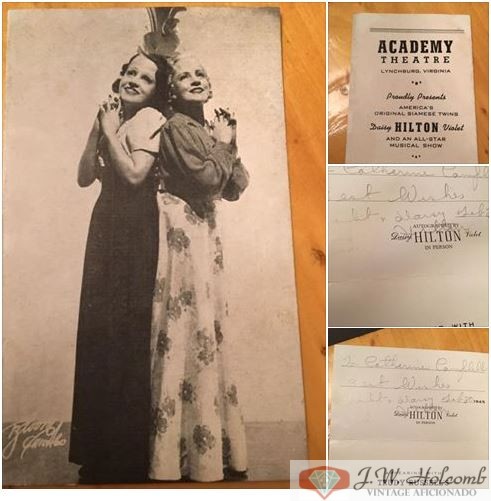 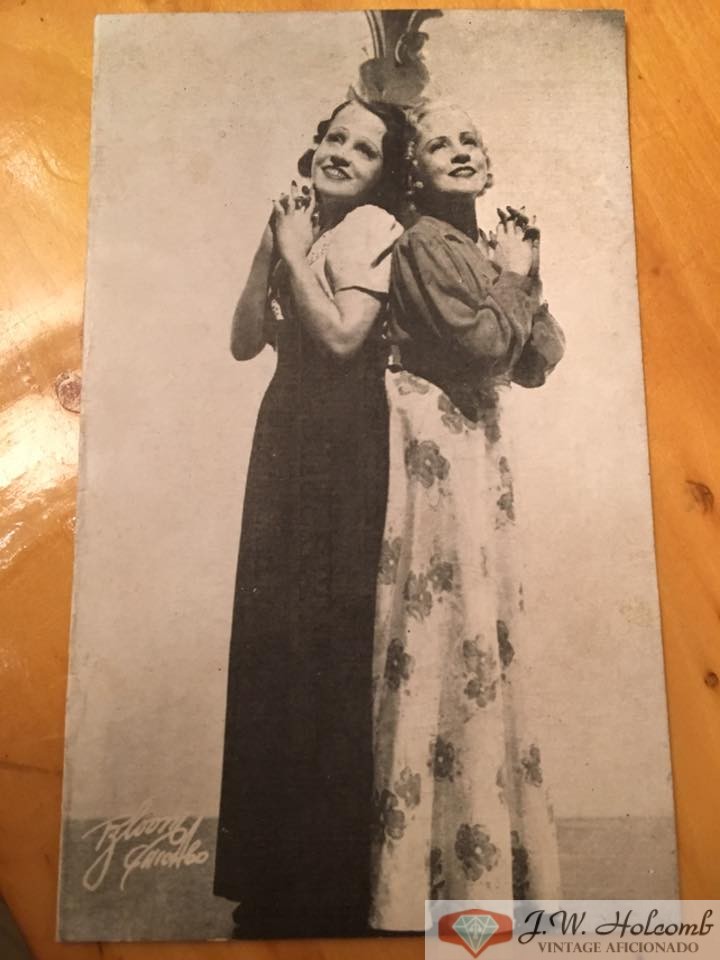 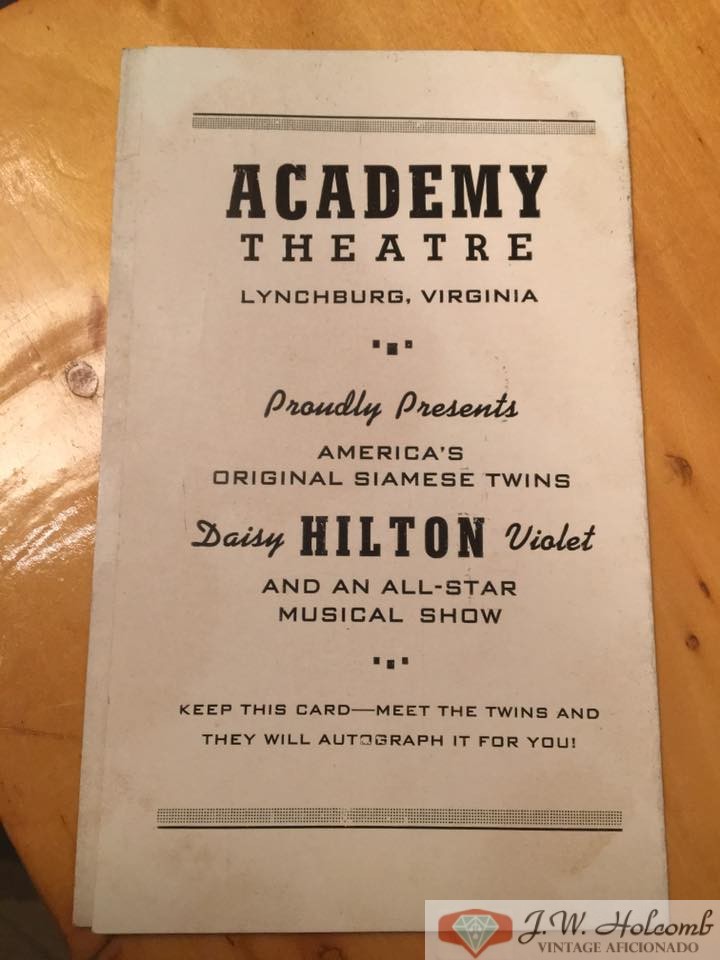 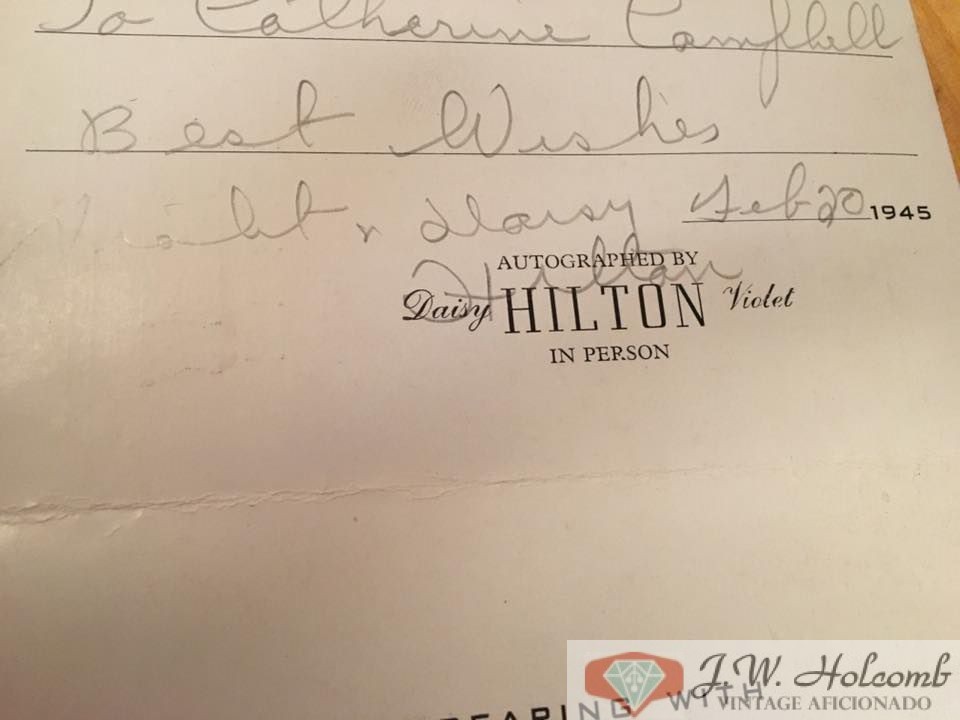 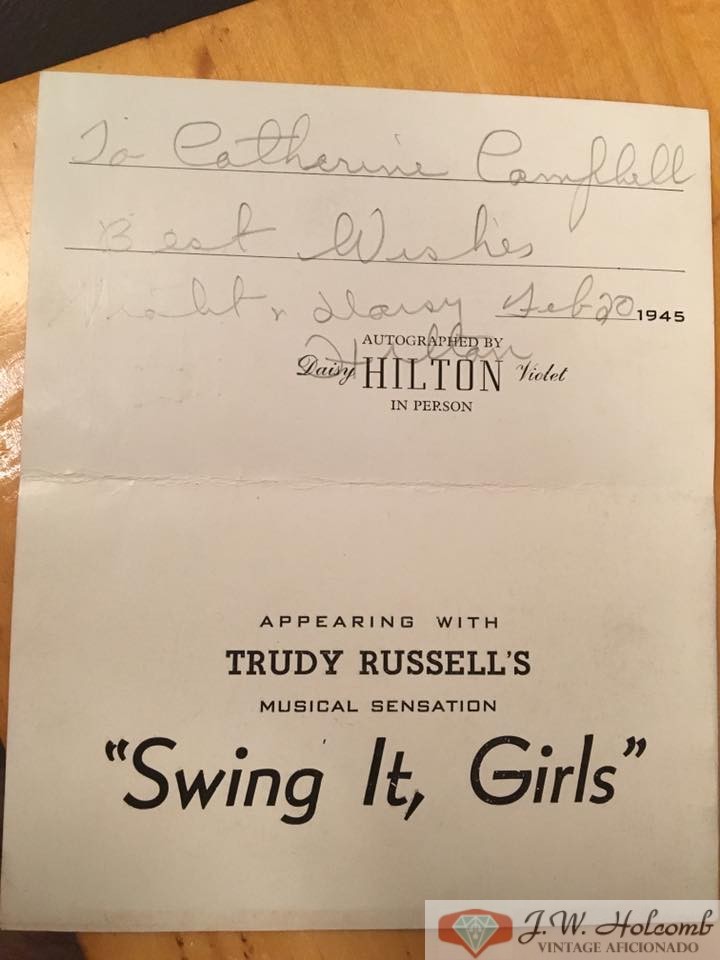 Wikipedia: Daisy and Violet Hilton (5 February 1908 – 4 January 1969) were a pair of English conjoined twins. They were exhibited in Europe as children, and toured the United States sideshow, vaudeville and American burlesque circuits in the 1920s and 1930s.

The Hilton sisters toured first in Britain in 1911 (aged 3) as “The United Twins”. Mary Hilton took them on to a tour through Germany, then to Australia, then in 1916 to the USA. In true sideshow manner, their performance was accompanied by an imaginative “history”. Their controllers kept all the money the sisters earned. In 1926, Bob Hope formed an act called the Dancemedians with the sisters, who had a tap-dancing routine. When Mary died in Birmingham, Alabama, the girls were bequeathed to Mary’s daughter Edith Meyers, and Edith’s husband Meyer Meyers, a former balloon salesman.

The couple took over management of the twins. Held mostly captive, the girls were beaten if they did not do as the Meyers wished. They kept the twins from public view for a while and trained them in jazz music. Violet was a skilled saxophonist and Daisy a violinist. They lived in a mansion in San Antonio, Texas. The 1930 US census records the twins as Meyer Meyers’ nieces.

In 1931, the sisters sued their managers, gaining freedom from their contract and US$100,000 in damages.They went into vaudeville as “The Hilton Sisters’ Revue”. Daisy dyed her hair blonde and they began to wear different outfits so as to be distinguishable. After vaudeville lost popularity, the sisters performed at burlesque venues.

Shortly after gaining independence from the Meyers, the Hiltons sailed to the UK on the Berengaria in December 1932.They spent most of 1933 in the UK, and returned to the US in October 1933.

Violet began a relationship with musician Maurice Lambert, and they applied in 21 states for a marriage license, but it was always refused.

In 1932, the twins appeared in the film Freaks. Afterwards their popularity faded, and they struggled to make a living in show business.