One Of A Kind Photo Of Abraham Lincoln Discovered In Virginia

There are a little over 130 known photos of Abraham Lincoln that have been discovered but no one knows how many are actually out there in the world. A Virginia Man has discovered what is believed by many to be an unseen, unpublished, and amazing photo of Honest Abe Himself. The tintype  photograph also known as a melainotype or ferrotype from the mid 1800s is very convincing and not only resembles Abraham Lincoln’s facial features, hair, hands, height, and clothing, it captures a likeness that is hard to dispute when you look at all the clues in the photograph.

The man that found the photograph is a long-time vintage and antique “picker” that has been buying, documenting, and brokering items from years past said that he has been studying the photo for over a year and has showed it to over 20 other collectors and colleagues that all concur that the photo is in fact a long lost photo of abraham lincoln most likely taken during his travels earlier in his political career.

One question that is common when looking at the Rare picture is where is his beard and in fact: Abraham Lincoln was a lifelong beardless man, and received a letter written by Grace Bedell, an 11-year-old girl from Westfield, New York. Written October 15th, 1860, the letter urged him to grow a beard. It was after this date that the beard and the most common portraits/photos of the President were taken and published.

With so many skeptics in the field of history and photographs of the kind there will certainly be resistance and acceptance of the newly found photograph but it is definitely worth looking at the comparisons below and making your own judgement. We invite you to post your comments and input about the photograph here and let us know what you think!

Many people have asked if the photo of Abraham Lincoln is for sale and have sent generous offers for the photograph however at this time to photograph is not for sale. If you would like to be contacted if it becomes available for sale please see the bottom of page for contact details. Thank you. For republication licensing please contact us. Here is a really cool historical transportation and railroad item that is truly hard to find. As a matter of fact this is the only one I have ever seen in real life or online that came off of the Baltimore & Ohio (B&O) Railroad. It is a rather large tool chest with 3 removable sections. It is painted with the B&O Brand and says “Wreck Train” Garrett Ind. It even ha a very neat lid handle that is brass and has the B&O mark on it as well. 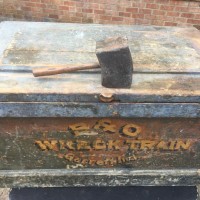 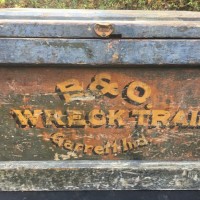 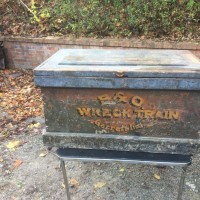 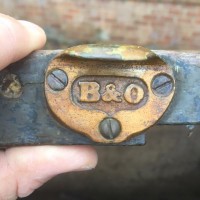 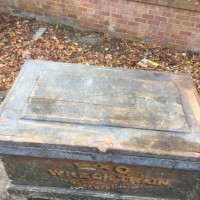 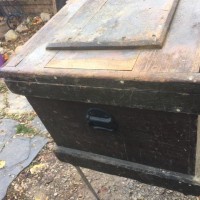 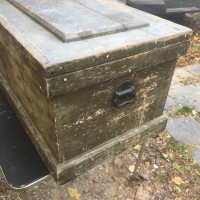 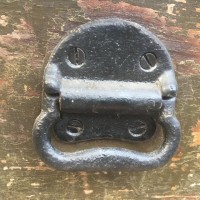 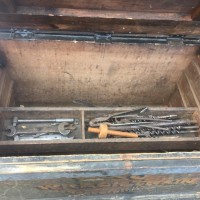 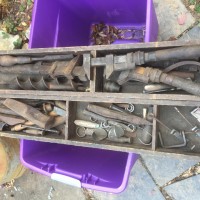 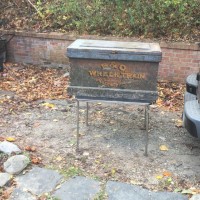 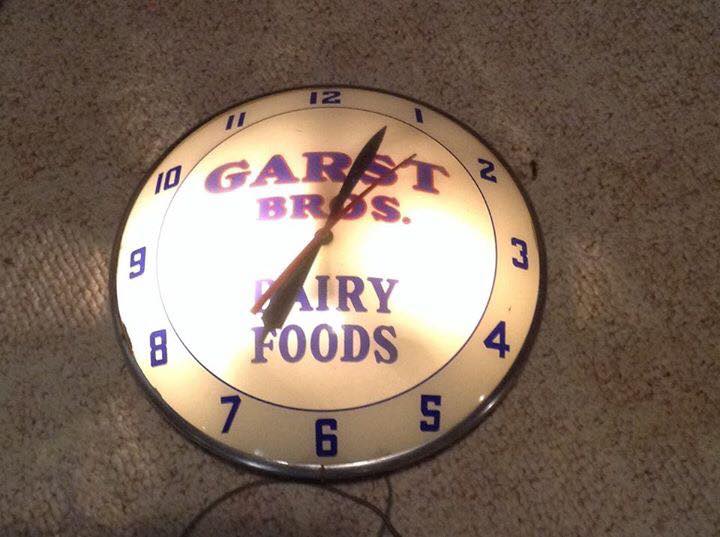 These clocks use to bring $600-$800 but with so many of them in the area (Roanoke VA), most of the main collectors already have one and the price has been dropping over the past 5-6 years. You can pick them up for about $200-$300 and even less from average people that have them in garages and basements. I saw one sell at a yard sale for $50 this past summer (which was a great deal!).

B&O Railroad Tool Box of off of the “Wreck Train” complete with marked tools. Here is a find example of a VGN Railroad (Virginian) lock that we uncovered in a local estate. This lock is in GOOD condition from 1929 and complete with the original chain, switch plate cover, and VGN marked slaymaker lock switch key. The key alone is worth $60-$100 depending on the market. These VGN locks are worth $600-$1200 depending on the market you sell in and the condition and particulars of your lock. The lock you see photographed was sold for $655 for a fast sale, however it could have sold for $800 easily if more time was invested in the sale. This lock sold within 5 minutes of being listed online. 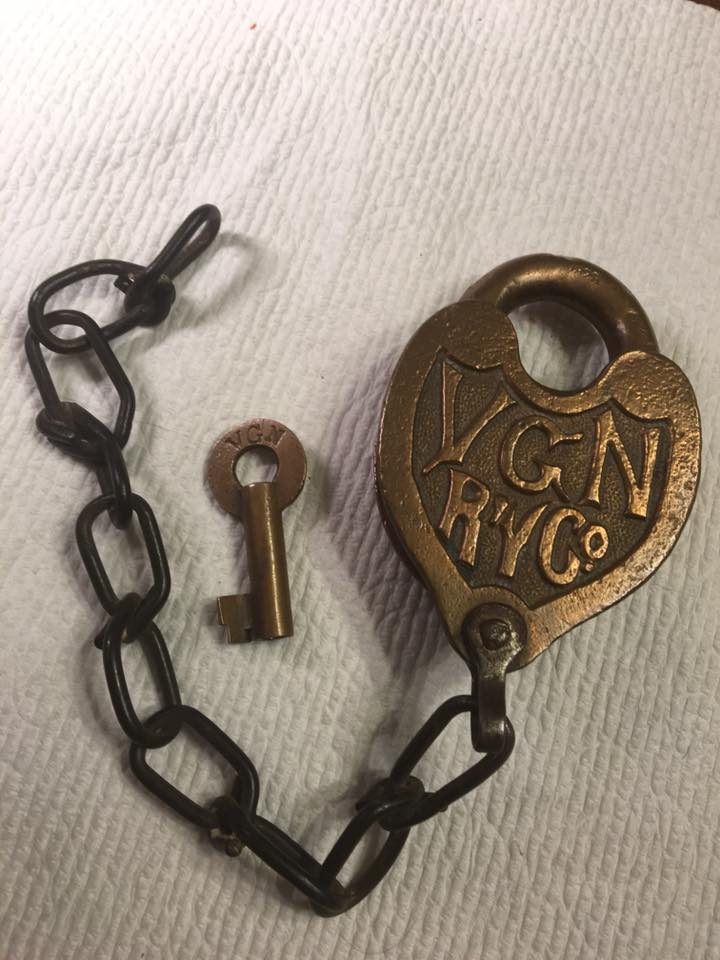 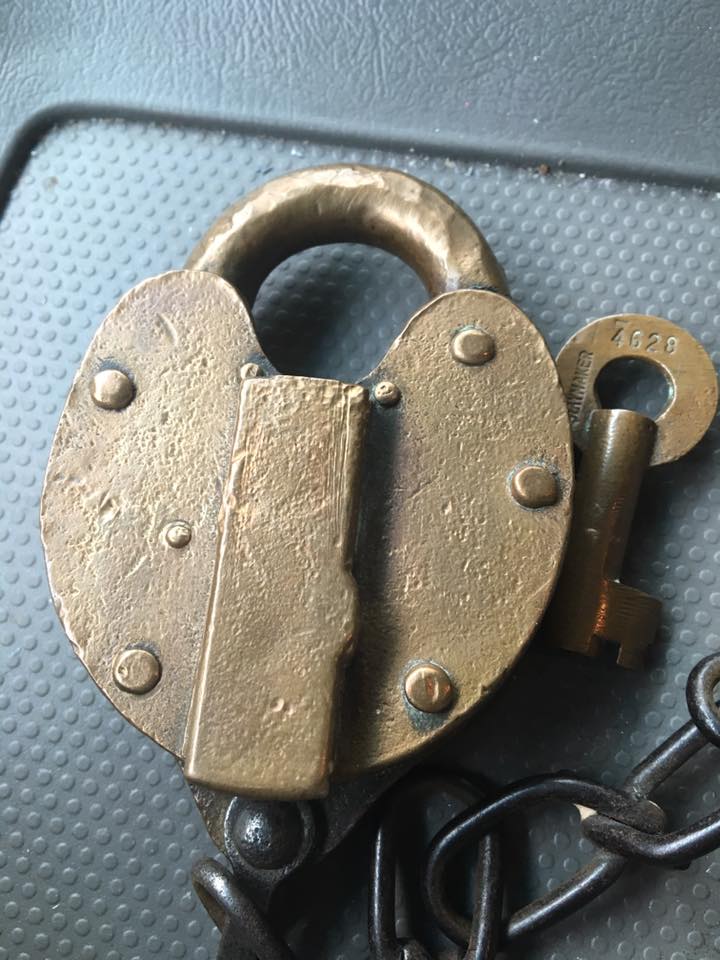 Vintage #hermes #typewriter - the plan was to writ

#zoltar #mug from the movie BIG with #tomhanks - c

Vintage #sony #walkman - picked this up for $1 at

Starting to unbox my #marble collection and displa